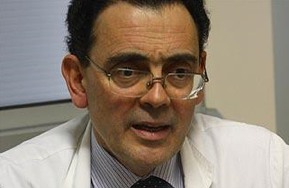 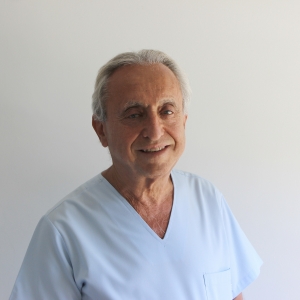 Pedro Cahn
Fundación Huesped and Buenos Aires
University Medical School, Argentina.
Pedro Cahn, M.D., Ph.D, is Professor of Infectious Diseases at the Buenos Aires University Medical School and Scientific Director of the Huesped Foundation. He earned his Doctor of Medicine degree from the University of Buenos Aires Medical School. Dr. Cahn has been working in infectious diseases for the last 45 years and involved in the HIV/AIDS arena since 1982. He founded the first infectious diseases unit within a public hospital in Argentina, the Infectious Diseases Division at the Juan A. Fernandez Hospital, where he has served as Division Chief and he is now Senior Consultant. He has been a member of the National AIDS Committee (Argentina) since 1988. He has been involved with international working groups and conferences on AIDS since 1989, including the 1st IAS Conference on HIV Pathogenesis and Treatment, and the XVII International AIDS Conference which he chaired. He is a Past-President of the International AIDS Society and an external advisor for UNAIDS, the World Health Organization (WHO), the Pan-American Health Organization, UNITAID, Doctors without Borders, as well as a member of the antiretroviral guidelines panel both for WHO and a former member of the guidelines panel of the International Antiviral Society-USA (IAS-USA). In 2014 Dr. Cahn received the distinction of Illustrious Citizen of the City of Buenos Aires and was awarded the Senator Domingo Faustino Sarmiento mention of Honor by the Honorable Argentine Senate. Dr. Cahn has published more than 190 peer-reviewed papers in international journals and has authored important book chapters. 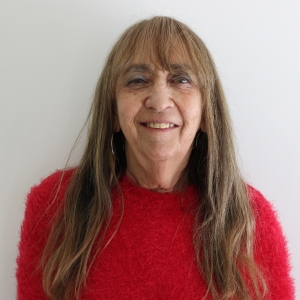 Susana Cahn
Fundacion Huesped, Buenos Aires
Argentina
Susana Cahn (Degree in Educational Sciences) has worked at Fundación Huésped since 1992, where he currently coordinates the Training and Volunteering Program, the Mature Sex Project, Safe Sex and the Community Based Committee, which facilitates communication between the scientific community and groups Affected by HIV. 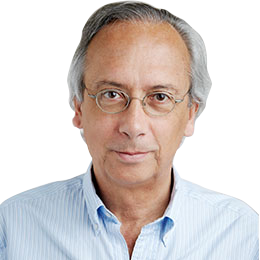 Dr. Bonaventura Clotet, M.D., Ph.D, is Head of the Infectious Diseases Department of the Germans Trias i Pujol University Hospital, Director of the Retrovirology Laboratory IrsiCaixa Foundation, President of the Fight AIDS Foundation (Fundació Lluita contra la SIDA) and co-director of the HIVACAT program for the development of the AIDS vaccine in Catalonia, Spain. He received his MD and PhD at the Universitat Autònoma de Barcelona (UAB). At the academic level, he is associate professor of Medicine at the UAB and Chair of the Faculty of AIDS and related illnesses at the Central University of Catalonia. He is member of the steering committee of EuroSIDA (multicenter group for the study of AIDS in Europe) and he has been member of the Drug Resistance Mutations Group (IAS-USA) and of the Governing Council of the IAS. He also participates in the organizing committee and scientific committee of several international AIDS and Vaccine conferences. He is on the editorial board of AIDS Journal, HIV Medicine, Expert Review of Clinical Immunology, Future HIV Therapy and Journal of the International Association of Physicians in AIDS Care. He has received numerous awards among them the “Creu de Sant Jordi” one of the highest civil distinctions awarded the Generalitat of Catalonia and the award by the Catalan Institute of Health for his lifetime scientific career. In April 2013, he was named Doctor Honoris Causa by the University Carol Davila in Bucharest (Rumania). He has published more than 800 papers in international journals. 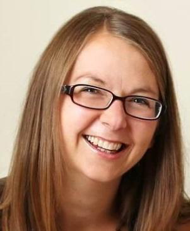 Kristine M. Erlandson
University of Colorado, Denver
United States
Kristine M. Erlandson, MD, MS is an Assistant Professor in the Division of Infectious Diseases, with a secondary appointment in the Division of Geriatric Medicine at the University of Colorado Denver- Anschutz Medical Campus. Her research is focused on the complications of aging in HIV-infection, specifically the mechanisms through which chronic HIV infection and the dysregulated inflammatory response lead to early frailty, physical function decline, and falls despite otherwise successful antiretroviral therapy. She is actively involved with both clinical trials in the treatment/prevention of physical function decline (exercise, statins in HIV) and observational cohort studies (AIDS Clinical Trials Group, Multicenter AIDS Cohort Study, and the Women’s Interagency HIV Study). 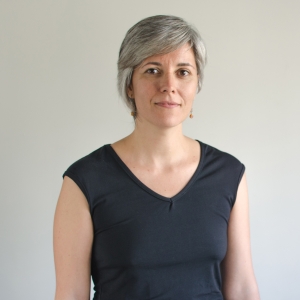 Mar Lucas Gomez
Mar Lucas Gomez
Fundacion Huésped, Buenos Aires
Argentina
She is Director of Programs for Fundación Huésped. She holds a postgraduate degree in Gestalt (AGBA, Argentina), a Diploma in Social Pedagogy and Education Theory (UNED, Spain), and a Master’s Degree in Family and Community Mediation (FUE-UNED, Spain), and is a Specialist in Childhood and Development (IFEJANT, Peru). He has worked in different non-governmental organizations in Spain, Bolivia and Argentina, as well as in public organizations of the City of Buenos Aires, the Municipalities of San Isidro and Morón, focusing his work in diverse areas such as street children, people deprived of their liberty, victims of violence and abuse of power, and people infected and affected by HIV / AIDS. 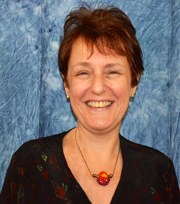 Beatriz Grinjztejn
Fio Cruz. Brasil
Beatriz Grinjztejn is the Director of the Laboratory of clinical research on STDs/AIDS and Senior researcher at the Prevention and Therapeutic Clinical Trials department of the Evandro Chagas National Institute of Infectious Diseases/FIOCRUZ (Rio de Janeiro) 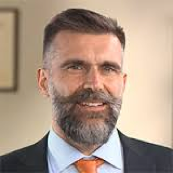 Giovanni Guaraldi
University of Modena and Reggio Emilia,
Italia.
Dr Giovanni Guaraldi is a Assistant Professor of Infectious disease at University of Modena and Reggio Emilia (Italy). He is Modena university Rector Delegate for Cooperation and Development. Since the year 2000 he lead a liver and kidney transplant program for people with HIV infection at the m ultivisceral transplant centre at Policlinico of Modena. Since 2002 he runs a Metabolic Clinic for HIV infection. This tertiary level referral center offer a multidisciplinary team consultant service consisting of infectious disease physicians, nutritionists, personal trainers for physical activities, psychologists, cardiologist, nephrologists, endocrinologists and plastic surgeons for diagnosis and treatment of Non infectious Co-Morbidities. More than 4500 people are in charge of the Metabolic Clinic. He is a panel member of the European AIDS Clinical Society (EACS) guidelines on prevention and management of HIV associated co-morbidities . He has published widely on clinical aspects of HIV treatment and care. 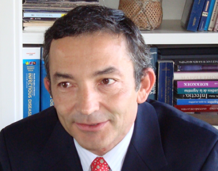 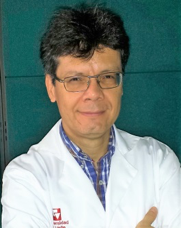 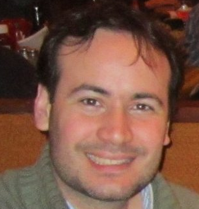 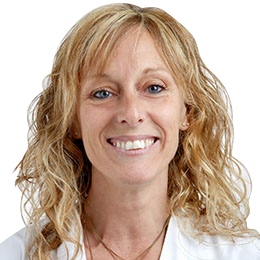 Eugènia Negredo
Fundació Lluita contra la Sida, Hospital
Universitari Germans Trias i Pujol, Spain.
r. Eugènia Negredo completed the specialty of Internal Medicine at the Sant Pau Hospital, Barcelona, in 1998. She received her Ph.D. in Medicine from the Autonomous University of Barcelona, in 2002. Since 1999, Dr. Negredo works as a physician in the HIV Unit of Germans Trias i Pujol Hospital in Barcelona, and she leads the research group focused on the epidemiology, pathogenesis and treatment of different HIV- and antiretroviral-related complications. She is also Associate Professor of Universitat Autònoma de Barcelona and Universitat de Vic. 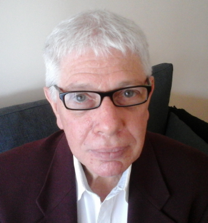 Jorge Zirulnik
Hospital Fernandez, Buenos Aires. Argentina
Jorge Zirulnik is a psychiatrist at HIV/ Infectology Unit, JA Fernández General Hospital (Buenos Aires City). He is Coordinator of Fundación PROSAM ´s Psychopathology of Immunodeficiency Team. He is Member of Argentine Psychiatrists Association and the Organization of AIDS Psychiatrists [OAP]. He graduated from University of Buenos Aires School of Medicine and did his Residency in Psychiatry in DITEM Clinic. He did his training in HIV/ AIDS Psychiatry in Mc Gill AIDS Unit—Royal Victoria Hospital, Montreal, Canada. He is Consultation-Liason psychiatrist in 17-Pabillion for HIV/ AIDS patients at FJ Muñiz Infectology Hospital (Buenos Aires City). He obtained the Argentine AIDS Society/ CABA Health Secretary AIDS Dpt. Prize,  for successful psychiatric work with HIV patients, since the beginning of AIDS epidemic. He is the author of the book: HOMO VIRALIS, Intellectual history of AIDS. Buenos Aires, El Zorzal.

LEARN FROM PROFESSIONALS WHO ARE IN CHARGE OF HIV-INFECTED SUBJECTS

This website uses cookies to improve your experience while you navigate through the website. Out of these cookies, the cookies that are categorized as necessary are stored on your browser as they are essential for the working of basic functionalities of the website. We also use third-party cookies that help us analyze and understand how you use this website. These cookies will be stored in your browser only with your consent. You also have the option to opt-out of these cookies. But opting out of some of these cookies may have an effect on your browsing experience.
Necessary Always Enabled
Necessary cookies are absolutely essential for the website to function properly. This category only includes cookies that ensures basic functionalities and security features of the website. These cookies do not store any personal information.
Non-necessary
Any cookies that may not be particularly necessary for the website to function and is used specifically to collect user personal data via analytics, ads, other embedded contents are termed as non-necessary cookies. It is mandatory to procure user consent prior to running these cookies on your website.
SAVE & ACCEPT
Go to Top